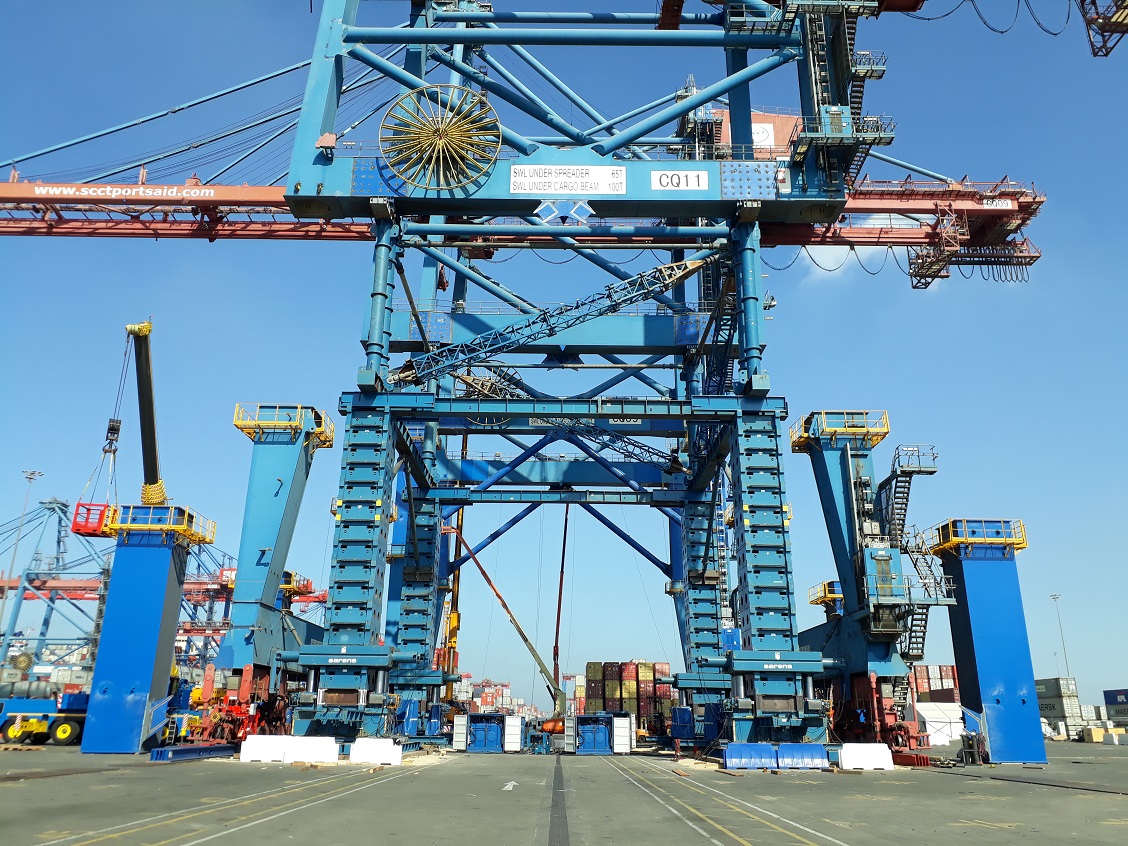 From September of 2020 through June of 2021, Sarens was at Port Said, Egypt, working to raise six STS cranes to new heights. The project, which involved inserting 11,5m extension legs below each STS crane, was completed on behalf of client ZPMC.

To raise each STS crane, Sarens used its CS5000 jacking system. While the equipment typically used for this type of operation was already in use on other projects, Sarens had successfully completed a similar job with the CS5000 in Antwerp, and was confident in the system’s suitability for this project as well.

Once the equipment was on site, Sarens faced a challenge: the terminal yard was sloped, with no reference points on site for setting up the equipment. The four jacking bases needed to be positioned and aligned perfectly at the same level so that the rest of the structure on top would fit. This was done using a total station.

With everything in place, Sarens jacked up the upper part of each 1.360-tonne STS crane by 12,5m so that the client could insert 11,5m sections below. In total, there were 15 elements per tower, and each measured one metre high. Because of the weight of the crane, bracings were installed for extra stability during the lift.

While the project was executed smoothly, it was the preparation leading up to it that was somewhat unusual: because the site is located in a military zone, every person needed to be screened four weeks in advance and the only site access was via ferry.

“Finally, after six months of preparations and some unusual site conditions, we are rewarded with this spectacular view,” said project manager Joris Beevers, surveying the project site.

Sarens is pleased to have helped our client ZPMC achieve their goals at Port Said, and wishes to commend everyone on a job well done.