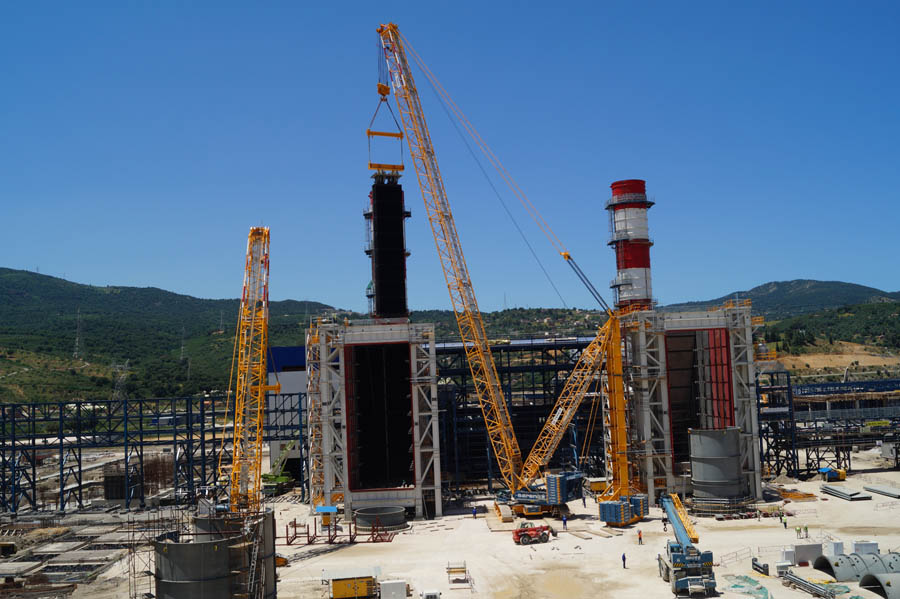 With the upcoming opening of the Bellara power plant in Jijel, Algeria, Sarens is on site with a 10-member crew and two powerful crawler cranes to perform a series of forty lifts.

Bellara is a 1.400MW gas-powered plant and a key part of the larger Algerian and Qatari Bellara steel complex project. Algeria’s Sonelgaz utility began construction of this $800 million-dollar facility in 2013, and it is slated to be fully operational by the end of this year. Sarens is undertaking lift operations for this project on behalf of client Hyundai Engineering.

At the start of the operation, Sarens used a modular trailer to transport modules from storage to the lift area. Then, lift operations began. Today, the crew is on its way to completing the full series of lifts, which include 118t-203t power plant modules lifted at 22.5-30 metres.

The equipment for the operation, which was already on site, took three days to set up. It includes:

One of the key challenges the crew faced was the new procedure the client was using to detach modules from the stand-up jig. This created a mere 6mm distance between the module and casing, and meant that the crane operator had to coordinate perfectly with the lifting supervisor to successfully execute each lift.

“This method consists of extracting the module with one crane only, by fixing the ‘stand-up jig’ to the metal structure of the casing during the lift,” explains engineering manager Yassine Amrouche. To do it, the crew first performs a tandem lift, and then makes a rotation up to a point where they can detach the module from the frame, rotate it again, and put it into its final position.

The crew has performed twenty lifts precisely according to the lift drawings, despite the challenges inherent in this new procedure. “A designated SHEQ supervisor made sure that the entire lift was safely executed,” says Amrouche, “and now we’re preparing the next set of 20 modules to be installed soon.”

Sarens congratulates the crew on the ground for their excellent work so far, and wishes them a successful operation as they work to complete all of the lifts.