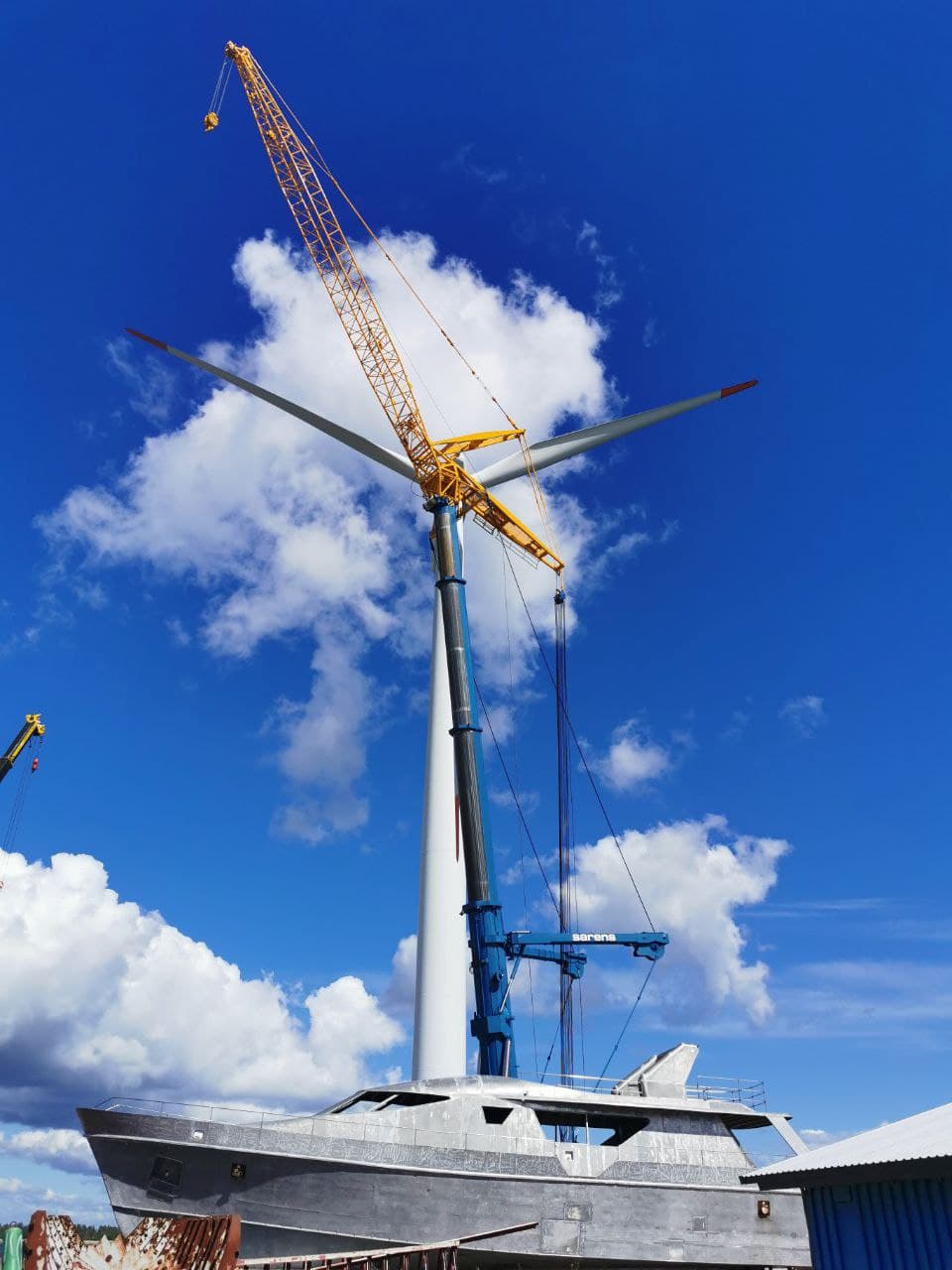 Over the course of one week, Sarens lifted the wind turbine components, including the 40-tonne gearbox and main shaft, as well as the 54-tonne rotor and blades. Once erected, the wind turbine tower, with rotor, reached a height of 70 metres. While weather conditions were frequently changing, Sarens was able to complete the job over the course of several windless days.

Sarens would like to thank project manager Jaroslavas Krasadomskis, project engineer Henrikas Savickas, and everyone else who was involved in making this project a success.